An ‘Electrifying’ Experience: How It All Started

In June of 1900, a gentleman named Hiram Holtzhouse opened a brand new restaurant on North Broad Street in Lititz. This new business venture, complete with a trolley terminus, would be the perfect location for both travelers and locals. It was a huge success from the very start, so a short time later, Holtzhouse had the vision to add a boarding house and bar to the property. After a few months (and not without some opposition from the community), he was finally granted a liquor license. Aptly named: The Park View Hotel, due to its location directly across from the beautiful Lititz Springs Park, it would open for business in May of 1901.

This new establishment was an immediate hit. The first month it was open, a brief blurb in the Lititz Record reported “Since Thursday of last week, the trolley waiting for the station in charge of Hiram Holtzhouse has been dispensing liquids stronger than soda to the thirsty under the new license recently granted.”Things seemed to be off to a tremendous start as the weeks turned into months. But two years after it opened, an incident occurred which threatened its existence. At 7:30 am on a warm Saturday morning in June of 1903, a thunderstorm rolled through Lititz. In a quick electrical flash, a lightning bolt struck a trolley cable just outside the hotel.

The current passed through a branch of wires which entered the establishment. The surge resulted in the burning out of a light fixture suspended from the ceiling in the bar room. As a result, it melted the light’s four-inch-wide brass band, leaving a zig-zag-shaped opening large enough for a human hand to pass through, as well as melting one of the brass sockets. Frank McKinney, a bystander who was sitting outside on a bench during the ordeal, remarked that everything was fiery around him, and he was almost certain that the building was ablaze. Luckily, this incident only did very minor damage.

In May of 1909, Frank Pfautz would purchase the hotel from Holtzhouse, who would move next door and open a restaurant and confectionery. In November of that same year, the trolley waiting area was also relocated from the Parkview to next door at Holtzhouse’s new establishment. By the early teens, the owner of the hotel was A.W. Miller, who enlarged it to what we know it as today. A-frame building (once used as a moving picture theater and later a vaudeville house) to the north was torn down, and in its place, the Parkview was enlarged and the third story added. When this addition was complete, a larger number of boarders were able to be taken in; and by 1913, several horses were boarded in the stables located behind the hotel. Three years later, another fiery close call threatened the bar’s existence. 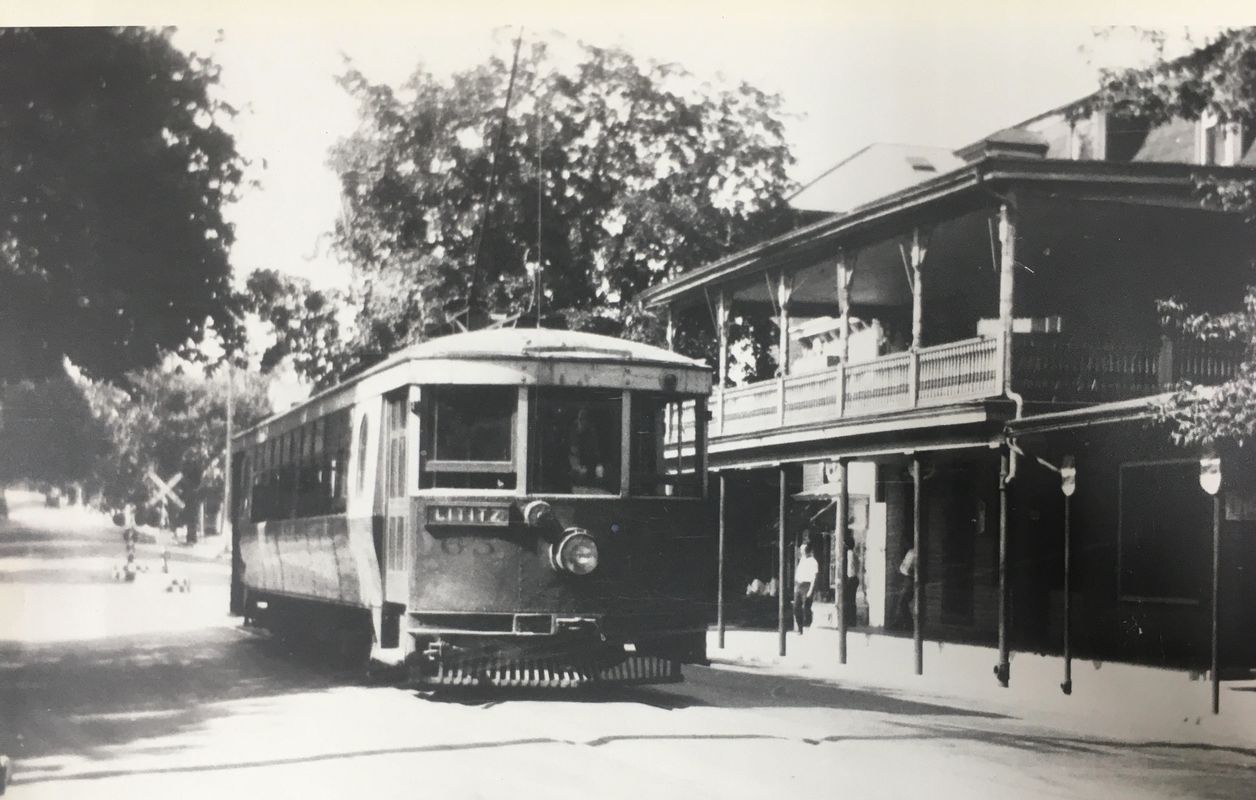 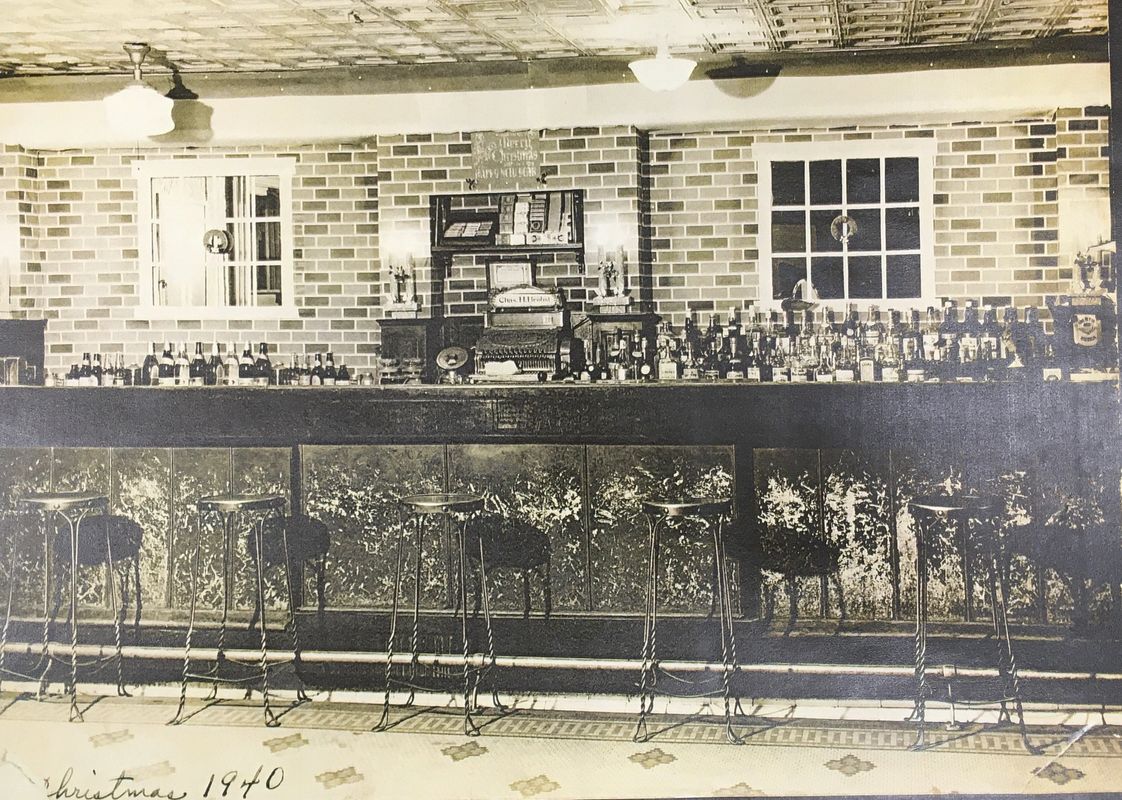 On a Thursday afternoon in April of 1916 at about 1:15 pm, several patrons noticed dense volumes of smoke billowing from the basement. Owner A. W. Miller immediately sounded the alarm; but unfortunately, the arrival of the firefighting apparatus was delayed. Thankfully Hiram Bomberger (who was employed nearby at Muth & Company’s coal and lumber office) sprung to action and started placing the hose from the Ideal Cocoa and Chocolate Company across the street into position. Several other chocolate factory workers also rushed to the scene to help out however they could. Luckily, the blaze was confined almost exclusively to the basement but still proved very difficult to fight due to the thick smoke rapidly filling the building. Those residing upstairs quickly removed their belongings from the structure and rushed to safety outside. Hundreds of gallons of water were thrown on the blaze for almost an hour before it was finally under control. As a result, the basement was flooded as well as part of the bar room. Not only were many of the contents inside ruined, but the fire also burned the woodwork in the cellar, much of which had to be replaced. The origin of the blaze remained a mystery. One theory was that it was caused by electrical wires which became crossed; while another idea was that the accident originated from the furnace.

By September of 1922, Miller had sold the Parkview to Abraham Lewitas. The new owner had intended to renovate the interior, however, two months later the hotel was transferred to a Morris Yanko, who was the one who actually oversaw these renovations. The improvements included all brand new furniture and mattresses, the finest home cooking, and fine accommodations for banquets.

The sting of Prohibition during the 1920s and ’30s was a hard financial hit for many bars and saloons all across the United States, and Parkview was no exception. Because of this, Yanko’s ownership would only last a short while. By May of 1923, a partnership was formed between Mr. Hartranft and Mr. Madlem, who would co-own and manage the bar and boarding house. Instead of alcoholic beverages, they would manufacture “Mil-Co”—a chocolate milk beverage made fresh when ordered. It must have been somewhat of a hit because the savvy business partners also supplied several Lititz eateries with this product. To further supplement their income, the partners also offered a .75 cent special dinner on Sundays which included soup, chicken and waffles, roast prime rib, broiled chicken on toast, green pepper salad, stewed tomatoes, mashed potatoes, and choice of either raisin or lemon cream pie or rice custard for dessert. Unfortunately, this business venture only lasted until the end of the year, because by January of 1924, research shows that the hotel was transferred to Morris Yanko’s brother Lewis, who operated the hotel until about 1927. To earn money during Prohibition, Yanko served birch beer on draft. This refreshing beverage was also available to take home by the quart or gallon.

By January 1930, the hotel was sold yet again, this time to John S. Garman. That same month, the hotel was raided by federal agents, who seized a half-barrel of beer from the premises. Called to US District Court in Philadelphia were Garman as well as his bartender Milton E. Hacker. Surprisingly, they were acquitted on all charges, only leaving with a warning.

In November of 1936, Frank Morino, known as the “World’s greatest trick and fancy billiard shot”, put on a show at the Parkview in honor of the opening of the enlarged facility. The bar room portion was extended 36 feet to the rear, and two brand new pool tables were put in. During that week, a new soda fountain was also installed. One year later, in November of 1937, William Lewis, known as the Eastern State Pool Champion, would give an exhibition of pocket billiards on these same tables. 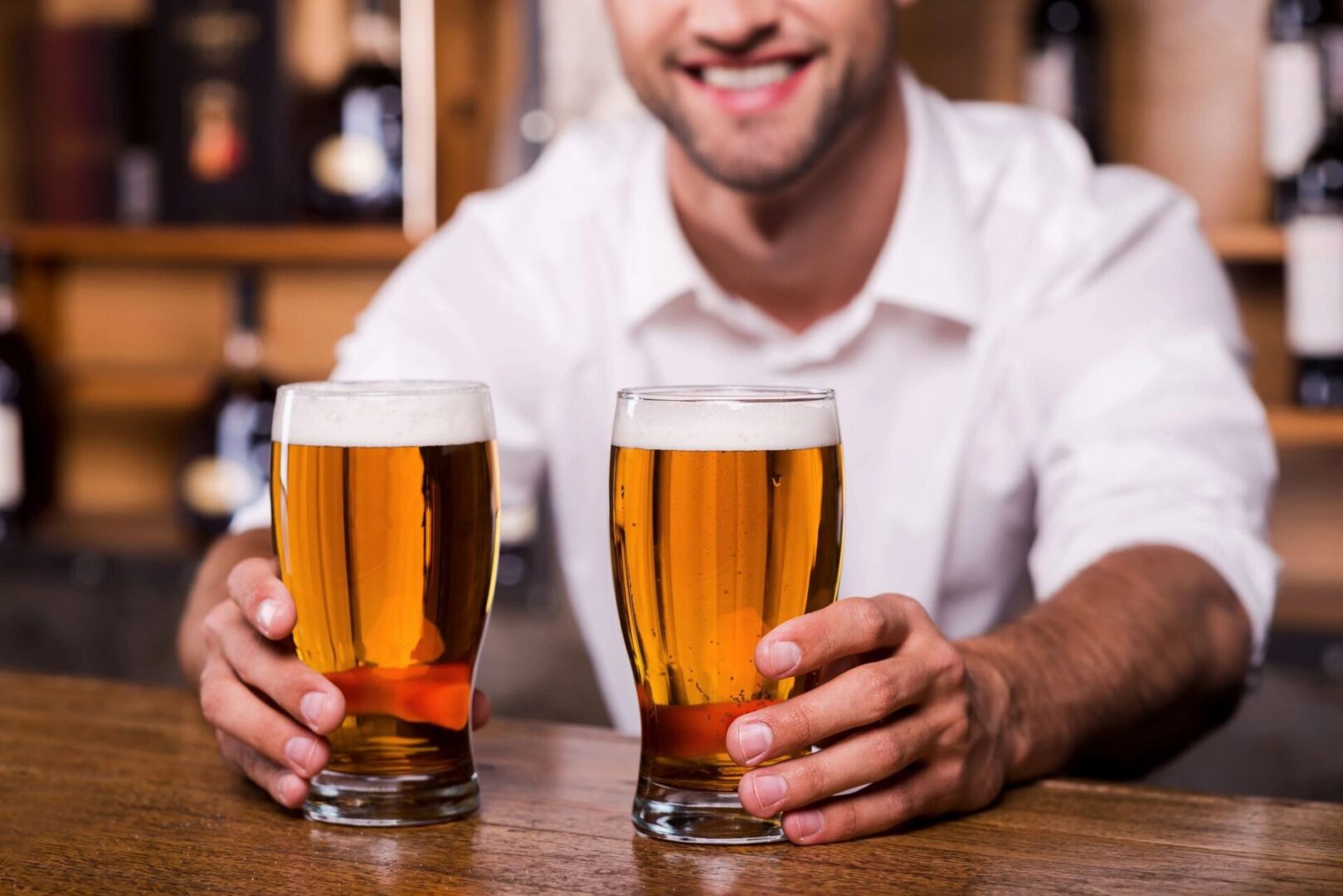 In the 1930s, the Parkview would serve as a popular place for local awards banquets, and recognition dinners. Members of the Lititz Sportsmen’s Association as well as the Lititz Rotary Club all took advantage of this space for this purpose. The finest food, as well as great fellowship, was always enjoyed. The next person to be the owner was Charles Brobst, who was the former innkeeper at the Springs Hotel. Brobst would run the hotel for an impressive 23 years-from 1930 to 1953.
Ralph Cunfer was the next proprietor, who operated it for the next five years. He would then sell it to Charlie Wisner in 1958. Wisner eventually sold the bar to Millie Kramer in 1971, and she would operate it throughout the 1970s and ’80s. During her ownership, it was oftentimes referred to as “Kramer’s Bar.” A strict barkeep, she had a reputation for not tolerating swearing or horseplay of any kind. Kramer would then sell it to current owner Jack Gamaldi during the late 1990s.

The stories above are just a few of the many tales of Lititz’s beloved Parkview Hotel. Whether you’re a patron or not, one cannot ignore the fact that this popular spot downtown during its over 100-year history has outlasted every other original business around it: the train station; the movie theater and vaudeville house; Long and Bomberger’s; Holtzhouse’s; Bingy’s; and now even the Wilbur Chocolate building across the street. It’s a special place where friends have met for generations, and there’s no doubt that for many years to come, it will remain an icon of Lititz.